Everything You Need to Know About Carbon Credits 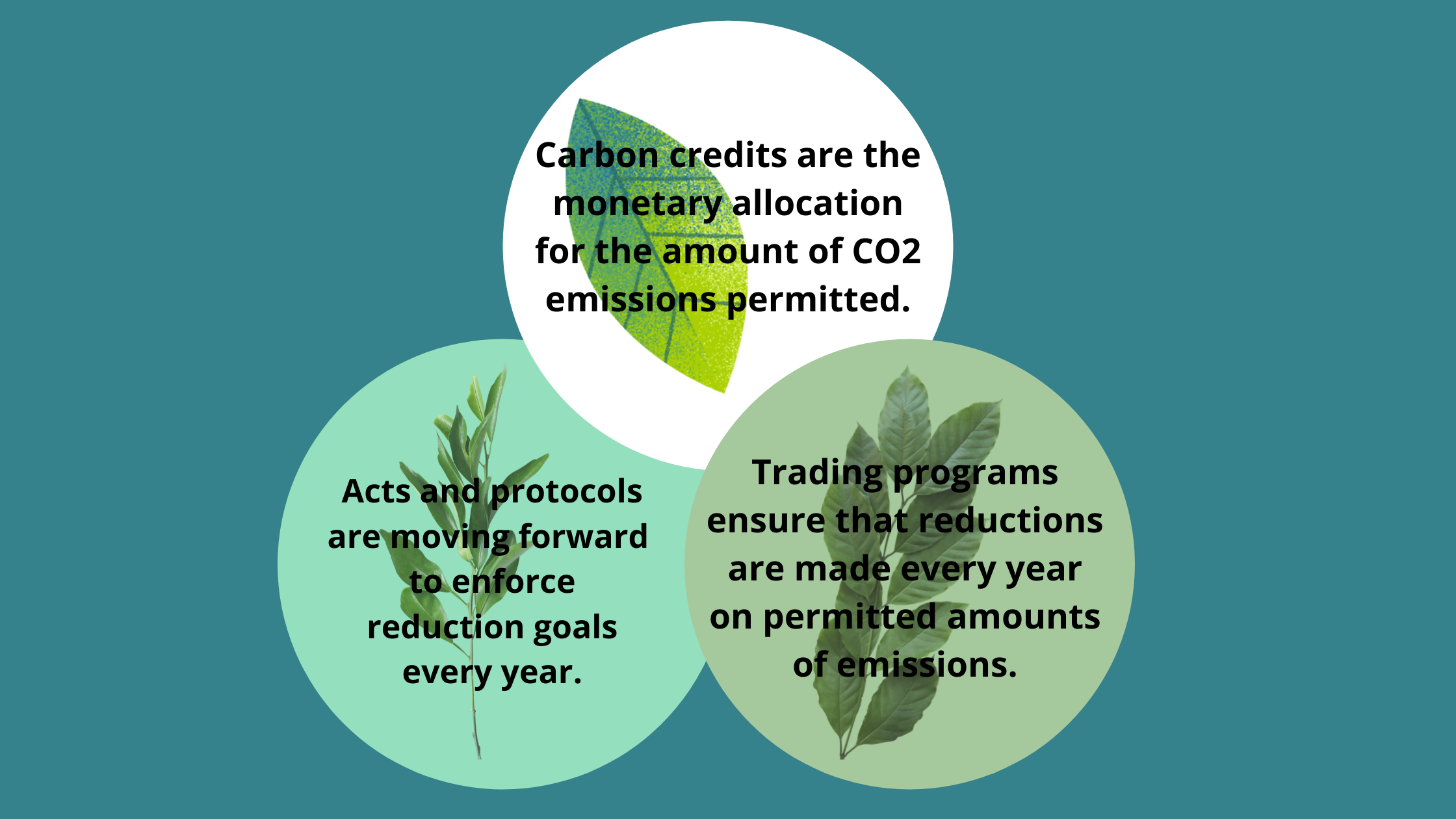 When people hear "carbon credit" it evokes strong emotions. Some say it's an excuse to emit more carbon but in actuality, it's permitting a certain amount of greenhouse gas emissions, namely carbon dioxide, to be emitted in a longer scheme to be reduced over time while implementing measures to sustain the environment, the economy, and the industry responsibly.

As we can agree the goal is to eliminate CO2 emissions, fossil fuels will not be eradicated overnight. Until they are responsibly replaced, carbon credits allow a limited amount of CO2 to be emitted, and every year that allowance decreases usually by 2-3%.

In this article we'll tell you all about what carbon credits are, various trading schemes, and government acts to keep you informed.

What is a carbon credit?

A carbon credit permits a company to emit one ton of CO2 or other greenhouse gases. There is a quota within the schemes so businesses cannot emit unlimited GHG into the atmosphere.

There are 17 emissions trading programs in the world, operating in 35 countries, 12 states, and 7 cities. Trading programs/systems/schemes are a regional effort that normally uses a cap-and-trade system that allows a certain amount of carbon credits to be bought and that number decreases yearly to lower emissions. Trading can happen between entities if one uses less and another needs to utilize more. Overall, the systems as a whole are designed so there are checks and balances for integrity and that decreases are successful every year. We'll go into detail about some of the largest trading systems here and give a brief overview of some others below.

The EU Emissions Trading System (EU ETS) is the world's first major carbon market and the biggest. It operates in all EU nations plus Iceland, Lichtenstein, and Norway. It covers about 40% of the area's GHG emissions and limits emissions from the power, manufacturing, and airline industries. It operates under a cap and trade system meaning entities are allowed a certain amount of emissions allowances or carbon credits and they can trade them within their market.

California has the fourth largest cap-and-trade program in the world which applies to large electric power plants, industrial plants, and fuel distributors, covering 85% of the state's GHG emissions. The cap means there are a certain amount of credits each business is given.

The California Air Resources Board (CARB) Trading Program required that GHG levels return to those of 1990 by 2020 per Assembly Bill 32, established in 2008. The level was achieved before the desired date.

The cap also declines 2-3% every year, making carbon credits less available and in turn lowering the dangerous levels of carbon in the atmosphere. Additionally, entities covered must turn in 30% of allowances and offsets for the previous year. The trade means if they don't hit their ceiling they can trade the credits to another company. There are also fines given of four credits to one ton if they aren't turned in on time.

Here are some of the additional schemes going on in the world:

Quebec's cap-and-trade system is similar to California's in that it applies to power plants, industrial facilities, and fuel distributors. Power plants and fuel distributors must buy their allowances at auction or secondary market. In fact, they share an auction with the California system. Some industries in the Quebec system get a number of free allowances that will diminish eventually.

Ontario, Canada joined auctions with Quebec and California in 2018, one year after they established their scheme. They have a similar program to both aforementioned.

The UK program emphasizes that the polluter is the one who pays for installation permits so they can emit. If entities exceed the height of their allowances they can buy more emissions allowances (EUAs) on the open market. Excesses can be saved for other years or must be traded. It isn't certain what the effect of Brexit will be on the UK ETS.

The Tokyo Metropolitan Government began Japan's mandatory emissions reduction program in 2010. It covers fuel, heat, electricity (at a volume of 1500 kiloliters per year of crude oil equivalent), and large-scale office buildings which make up about 40% of the country's GHG emissions.

China's ETS opened in July of 2021 and it is recently rumored to be the new largest market. China plans to peak carbon dioxide emissions by 2030 and eliminate them by 2060 which is later than the rest of the world and has not shared a plan on how they are going to do it. The scheme is run by the Shanghai Environment and Energy Exchange and covers 40% of emissions which are more than 4 billion tons of CO2, as they are the highest producers with over 10 billion metric tons. There also isn't any system of checking their numbers with other systems and countries to ensure integrity like there are with other markets.

Unlike with other trading systems, there is no cap on emissions so experts are questioning the efficacy. China's Ministry of Ecology and Environment made public monitoring and reporting rules but what is reported and what is done is not the same when there is a lack of checks and balances without outside sources.

In 1967 the Air Quality Act or Clean Air Act was established in the United States for the benefit of public safety and a healthy environment.

Since 1990 the US has been regulating emissions after the acid rain problems of the 80s. The Environmental Defense Fund has given the act recognition for reducing sulfur dioxide emissions drastically from coal-fired power plants.

In 1997 the Kyoto Protocol was made and committed to by 192 countries to reduce GHGs. It operationalizes the United Nations Framework Convention on Climate Change. It creates targets for industrialized countries and economies to lower GHGs and report periodically.

In 2012 the Doha Amendment was made as a second commitment period and at the end of 2020, finally, 147 parties (of the 144 needed to enforce it) deposited their acceptances.

International credits are generated by two mechanisms operating under the Kyoto Protocol:

These mechanisms had been in place until 2020 but were recently replaced with a mitigation mechanism by the Paris Agreement, which could be used toward nationally determined contributions or participation in international markets. This will call for more robust accounting structures to ensure the integrity of the schemes.

The Paris Agreement is an international treaty about climate change that was negotiated by 196 parties at the 2015 United Nations Climate Change Conference (COP21) near Paris, France. The premise of the agreement is that climate change is not to exceed 2°C above pre-industrial levels but really should be limited to 1.5°C. It's the first legally binding agreement of its kind. The idea is to peak emissions as soon as possible to begin decreasing them thereafter.

This is just a part of the policies put in place by governments for an overall strategy in the race to net zero emissions to improve climate change and protect the future. It's a complex issue with many important parts but it is manageable with proper and agile strategies. Where managing GHG emissions appears to be difficult there is always another solution around the corner and every day more advances are being made towards the common goal that are achievable for everyone in the long term.

Make your business carbon neutral to start reaping the benefits of the green economy. 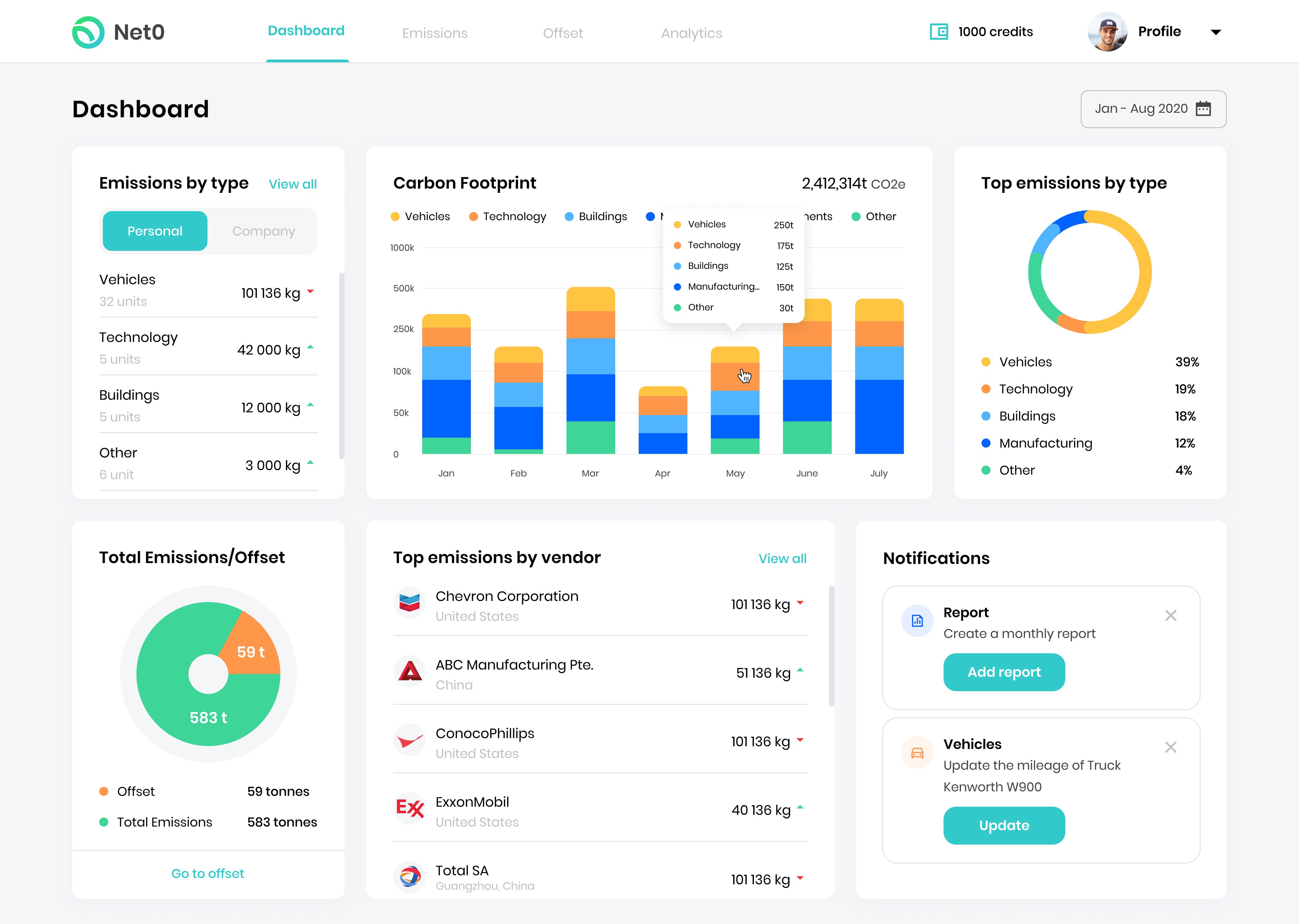